When I arrived in Offida and got acquainted with the other participants and the faculty, I knew the experience would prove really exciting. May be because I was aware that the setting and the quality of the interaction was somewhat higher than what I had seen so far in many other workshops and seminaries; or perhaps I was quite concerned that the my linguistic proficiency would not be up to the discussion of such sensitive issues, I spent the first few hours in a kind of mental limbo trying to find some yardsticks. As the sessions went on and we started to discuss arguments about ethics, reciprocity and the new economic paradigms, I started to realize the depth of the ideas and the worth of the cognitive stimulus I was being exposed to.

Discussing with the faculty on issues like employment capacity versus labor satisfaction, quality of performance and budgeting constraints, economic versus life ethics, reciprocity, social responsibility and business ethics helped me to give a direction to my quest for answers. The afternoon sessions on the other hand, besides providing the opportunity to exchange views with the participants from different fields of study and universities, also allowed us to dig to ground the questions raised during the day. Thanks to the lesson I have drawn from the school, I ended up focusing my inquiry on the value of productivity in mainstream economic theory, because I started to realize that the current disembedding of economy was a result of a mis-valuation of the meaning of productivity. Indeed, today, the limits of the old socioeconomic system (underpinned by neoclassical economic theory) have slowly emerged and have rekindled the interest of policy makers about the possible exit strategies from the ongoing recession. Besides, the biggest challenge the crisis has actually posed is undoubtedly the direction a new economic paradigm should be given so as to steer away from the obvious social and political quagmire that unfettered market economy has caused. To say it differently, the issue today is the future of labor and its consequences on human life circumstances. And it is here that the issue of valuation comes in question. On this question, Simmel in the Philosophy of Money provides us a cogent reading of valuation as a psychological claim. Simmel writes that “the value that attaches to any object, person, relationship or happening demands recognition. (ed. 2004: 65). Applied to economic life and to the current economic order (here productivity valuation), it appears that mainstream development policies have ascribed too much value to economic productivity through market economy; with little consideration for its drawbacks on life circumstances. Simmel’s analysis surreptitiously tells us that today the value given to productivity in terms of market parameters and the resulting over-commodification and over-monetization of human life does not objectively derive from the monetized objects or entities themselves, nor do they depend on ego-level mental operations. Productivity has been widely acknowledged in sheer economic terms because this approach has garnered recognition through the way policy making has been implemented on the basis of classical economic theory. If anything, the measure of human development based on indicators like the controversial GDP index denotes the culmination of such a mis-valuation process. As Polanyi says in The Great Transformation (1944), labor and money markets are essential to a market economy, but “no society could stand the effects of such system of crude fictions even the shortest stretch of time unless its human and natural substance as well as its business organization was protected against the ravages of this satanic mill”. However, there is another side to the criticism of over-commodification. Re-interpreting the question of embeddedness, Granovetter concludes that “economic action is a special, if important, category of social action” (1985: 507). Granovetter’s approach explains how social actors (like the one involved in non-profit initiatives) still obey the rules of the surrounding economic context and will thus be driven to assess (to some degree) the outcome of their commitment and cooperation in terms of economic calculus, self-interest and opportunism. Hence, to promote unfettered decommodification runs the risk of striking a fatal blow to stakeholders’ willingness and capacity to cooperate in an economy that is radically utility-free. Therefore, basing our view on both Polanyi’s and Granovetter’s reading of socio-economic life, we are compelled to rethink human growth and development as an integrated process in which economic well-being and social aspirations are intertwined. It should therefore be the case to redefine human development in a paradigm of generative shared value productivity within which economy and economic policy are embedded in the advancement of a social life comprehensive of our human non-economic aspirations.

Stiglitz, Joseph et. al. (2009). Report by the Commission on the Measurement of Economic Performance and Social Progress.

Issiaka Zougba, born in Sakassou (Ivory Coast), is PhD student in sociology at Università Cattolica del Sacro Cuore in Milan, where he collaborates with the Center for the Anthropology of Religion and Cultural Change (A.R.C).  After a High-school teaching career in Burkina Faso, Issiaka has worked at Caritas Gorizia on labor inclusion and microcredit projects. A local field specialist for the European Refugee Fund III, he has also participated (with the Institute of International Sociology of Gorizia) on a EU PROGRESS project entitled Organized Labour and Migrant Workers. 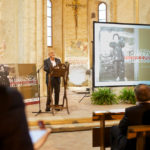 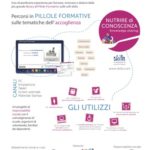